The US housing market is starting to show signs of stress as a sharp uptick in mortgage rates and high home prices push potential buyers to the sidelines and some investors look elsewhere for higher returns.

Average interest rates for a 30-year fixed-rate mortgage in the US swung to 4.42 per cent in the latest Freddie Mac weekly survey after hitting a record low of 2.65 per cent in January 2021.

Such sharp moves in the market are rare. The last time rates rebounded that quickly was nearly two decades ago, said Rick Palacios, director of research at John Burns Real Estate Consulting.

People looking to buy a home this year “are going to be facing the biggest payment shock that we’ve seen in the last 40-plus years”, he said. “If you think that’s not going to at least cause some concern for buyers, that’s totally naive.”

Low unemployment and wage growth have not been enough to offset the impact of higher prices and interest rates on house shoppers’ budgets, said Edward Seiler, associate vice-president at the Mortgage Bankers Association.

The average monthly payment on new mortgages jumped 25 per cent in February compared with last year, and accounted for a larger share of the typical person’s income, according to a new MBA report.

Low interest rates and tight supply in the US housing market have driven record-breaking growth in home prices during the pandemic. The S&P CoreLogic Case-Shiller National Home Price Index rose 19.2 per cent year on year in January.

A record level of investor participation in the residential housing market also helped increase prices. Investors accounted for a third of transactions in January, up from an average of 27 per cent, marking an all-time high, according to John Burns Real Estate Consulting.

The consultancy has been advising clients to prepare for a sharp slowdown in housing appreciation. “Investors accelerate trends on the upside. But they do the exact same thing on the downside,” Palacios said.

Frenzied homebuying during the pandemic drove down the average time it takes to sell a house to a record low of two months, compared with the historical US average of six months, said Carlos Garriga, director of research at the Federal Reserve Bank of St Louis. 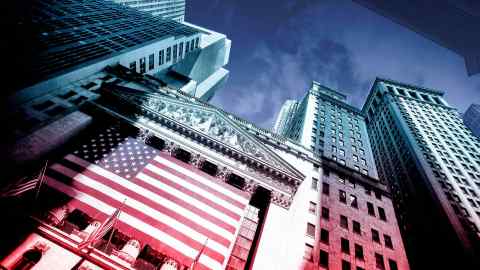 However, investors driving the market today are more likely to be seeking long-term cash flows associated with rental properties, unlike house flippers who drove a boom in the early 2000s, Garriga said.

“[Higher interest rates are] going to provide different opportunities to invest in other areas and that should really put a little bit of a break in the housing market,” Garriga said. “Investors might start looking elsewhere because the prices right now are at an all-time high by any measure.”

As investors step back, there are fewer potential homeowners who can afford to step in and maintain momentum in the market.

Laurie Goodman, a fellow at the Urban Institute, said: “The increase in home prices, combined with higher mortgage rates, has made home ownership less affordable than at any time since the financial crisis.”