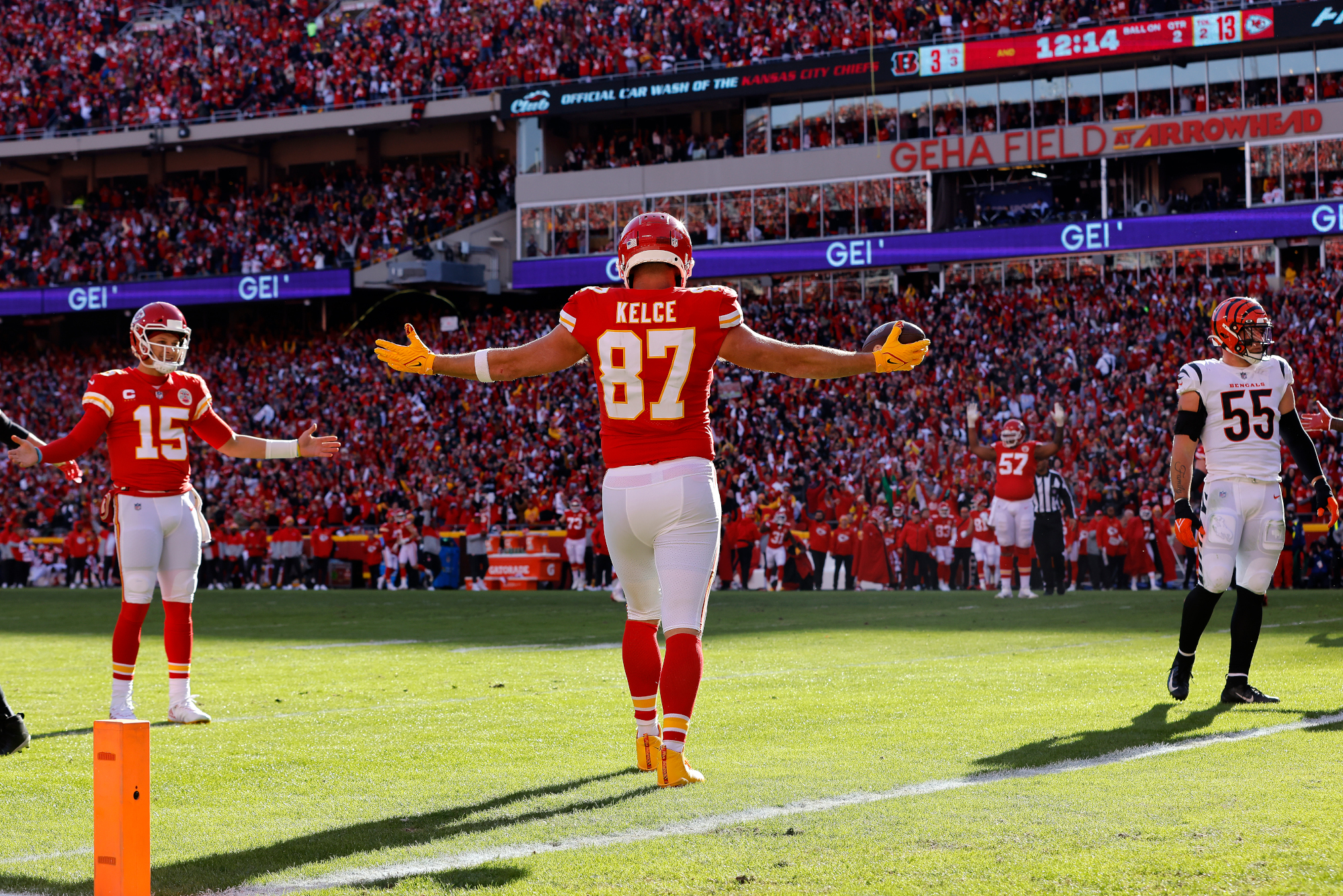 The best Kansas Fantasy Sites – May 2022

Kansas Sports Betting: As It Stands

Kansas finally looks set to welcome sports betting to the Sunflower state in the next few months, with this set to be the case after Gov. Laura Kelly signed SB84 into law in mid-May.

This now means that sports betting in the form of mobile wagering could be going live by the end of August, with casino betting also set to be legal in retail casinos as well.

Sports betting had been largely illegal in Kansas up until this key turning point, with those in KS now set to potentially be able to wager on sports via their mobile phones and in-person in time for the new NFL season in September.

Despite Kansas being bordered by as many as four different states, only one of these has sports betting legal, with this coming in the form of Colorado.

Sports betting has been legal in CO for some time now, with a variety of sportsbooks available for those in the state to sign-up and bet with.

Is sports betting legal in Kansas?

Ahead of this, all eyes will be on any potential launch date for sports betting in Kansas, with the end of August touted as the nearest potential starting date.

Can I use FanDuel and DraftKings in Kansas?

Fantasy sports have been legal in Kansas since mid-2015, with those in KS able to bet on sports via the Daily Fantasy Sports sites that are available since then.

There are a few options to choose from when it comes to DFS sites, with two of these being DraftKings and FanDuel.

With these two both already live in Kansas via their DFS sites, it’s looking very likely that they’ll be able to launch their respective sportsbooks in the state once sports betting goes live.

When will sports betting be legal in Kansas?

With SB84 being passed into law by Gov. Kelly on May 12th, Kansas now just has a few small hurdles to overcome before sports betting goes live in Kansas.

Fall 2022 has been touted as a potential launch date for sports betting, to allow those in Kansas to bet on the 2023/23 NFL season.

However, with SB84 only being signed into law in May, January 2023 looks to be a more realistic launch date.

How do I bet on NFL games in Kansas?

Despite not being the biggest or most populous state in the US, those in Kansas are lucky enough to have one of the best teams in the NFL to bet on in the form of the Kansas City Chiefs.

Although, the only way to wager on the Chiefs at this point in time is via the range of fantasy pools that are offered by the likes of DraftKings and FanDuel.

However, it does seem likely that this won’t be the case for the entirety of the 2022/23 NFL season, as sports betting has been touted to potential launch at some point during the campaign.

Where Can I bet on sports in Kansas now?

The only way to bet on sports in Kansas at this point is via the range of Daily Fantasy Sports sites, such as FanDuel and DraftKings, that are available in KS.

There are no retail or online sportsbooks currently available in the Sunflower state, with this set to change in the near future following the passing of SB84 by Gov. Kelly on May 12th.

How many sportsbooks will be available in Kansas?

Much like FanDuel, Hard Rock already has links in Kansas given they have a relationship with the owners of Kansas Crossing Casino, Peninsula Pacific Entertainment.

FanDuel is partnered with Boyd Gaming, who own the Kansas Star Casino, thus they’ll already have ties to the state ahead of trying to get a sports betting licence in KS.

Their DFS is already live in Kansas as well, something that means they’ll be even more likely to launch in the Sunflower state once sports betting goes live.

FanDuel’s online sportsbook is one of the best around, offering a strong mix of markets, live streaming and promotions for both new and current users to take advantage of.

DraftKings have been active in Kansas for a number of years at this point through their Daily Fantasy Sports site, with DK being one of the first to launch in the state a few years back.

They should have no issues launching their sportsbook in the Sunflower state this year given this, as they look to add to their online presence with the addition of their online sportsbook later this year.

DraftKings easily have one of the best sports betting sites you’re going to come across, with excellent pre-game and in-play markets offered, as well as a top-tier app, live streaming section and bonus offers..

Caesars are already active in neighbouring states to Kansas, with Missouri boasting a casino in Kansas City just over the border from the Sunflower state.

Thus, they should be able to launch in Kansas with a bit of luck come later this year and add to the growing list of states they’re active in when it comes to online sports betting.

BetMGM is one of the most famous sportsbooks in the US, with their online sportsbook already live in as many as 18 states across the country via desktop or mobile.

Given their size and stature, they shouldn’t have much trouble securing a licence and launching in Kansas in the near future, especially given they’ve not had any trouble launching in any previous states as of yet.

BetMGM’s sportsbook is one of the best in the US at this point in time, with a huge range of markets, offers for both new and existing users and brilliant live streaming offerings all on show.

Check out the best sports betting sites and apps

Kansas retail sportsbooks are not in operation just yet, however with the passing of SB84, retail sports betting looks set to launch in the state between now and the end of the year.

There are four retail casinos in the state, with all of these able to offer retail sports betting once wagering goes live in the coming months.

Additionally, all of these retail casinos will be able to partner with up to three online sportsbooks each.

This now means that those in Kansas will be able to bet on sports via their mobile and in-person in the coming months.

The end of August has been touted as the first potential launch date for sports betting in Kansas, with those involved hoping to get it launched in time for the new NFL season.

However, if worse comes to worst, it seems sports betting will be live come the end of the year or January 2023 in time for the NFL playoffs.

Online betting will take a little longer to rear its head in Kansas, with those involved stating that late 2023 looks like a potential launch date for online sportsbooks in the Sunflower State.

However, given that retail and mobile betting are set to launch in the not-too-distant future, we’re sure those in Kansas won’t be too fussed about this news.

Sports betting has been illegal in Kansas up until this month, with the prospect of bringing in more money via taxes being the main reason for the push to legalize it.

SB84 was originally rejected by the house in March, with this forcing those involved to make changes and submit it at a later date.

A Kansas conference committee came to an agreement on SB84 and the House approved it late during the session.

Unfortunately, the Senate did not take up the bill before adjourning, leaving sports betting hanging until at least April 25.

This bill was then approved 21-13 on April 29th by the Senate during a late night session, with the bill then being signed into law May 12th.

Following this, those in KS aim to have sports betting live throughout the state come the Fall of 2022, with the end of the year also touted as a potential launch date.

Kansas Sports Teams to bet on

Despite not being the biggest or more populous state in the US, Kansas still boasts a great variety of major league sports teams.

The likes of the Kansas City Chiefs and the recently-founded Sporting Kansas City are just some of the sports teams currently plying their trade in Kansas, and given the size of the Chiefs, you can understand why KS are aiming to launch sports betting before the end of the NFL season.

The Chiefs first moved to Kansas in 1963, with KC originally starting out as the Dallas Texans in 1960 before moving to the Sunflower and changing their name a few years later.

It’s fair to say they’ve been one of the best teams in the NFL in recent years, with KC winning the 2019 Super Bowl, their second-ever title, as well as finishing as runners up in 2020 to Tampa Bay.,

One of the main reasons for this is the fact that they were able to draft Patrick Mahomes back in 2017, with the former Texas Tech man going on to be one of the best QB’s in the league since then.

The Royals may have won just two World Series in their history, however, they have been one of the most recent winners of the league, claiming the title back in 2015, exactly 30 years after winning their first.

They have a pretty good record in the World Series, winning two of the four finals series they’ve played since their foundation in 1969.

They’ve struggled since their win in 2015 however, with the Royals failing to make the playoffs in any campaign since then, with KC only making the playoffs six times since 1980, making the World Series in four of those postseason campaigns.

Sporting Kansas City is one of the MLS’ oldest teams, with KC first being founded in 1996, finishing atop the Western conference seven times since, claiming two MLS Cups in the process.

Their record in the past few seasons has been very impressive, finishing top of the West on two occasions, however they’ve failed to turn these finishes in any silverware during that time, reaching the SF’s and QF’s of the MLS Cup in 2018 and 2020 respectively.

Another playoff run is looking unlikely this year, however, as Sporting KC are currently 13th in the West after winning just three of their opening 13 games, with their form needing a huge turnaround in the remainder of the season in order to replicate their showings from 2018 and 2020.