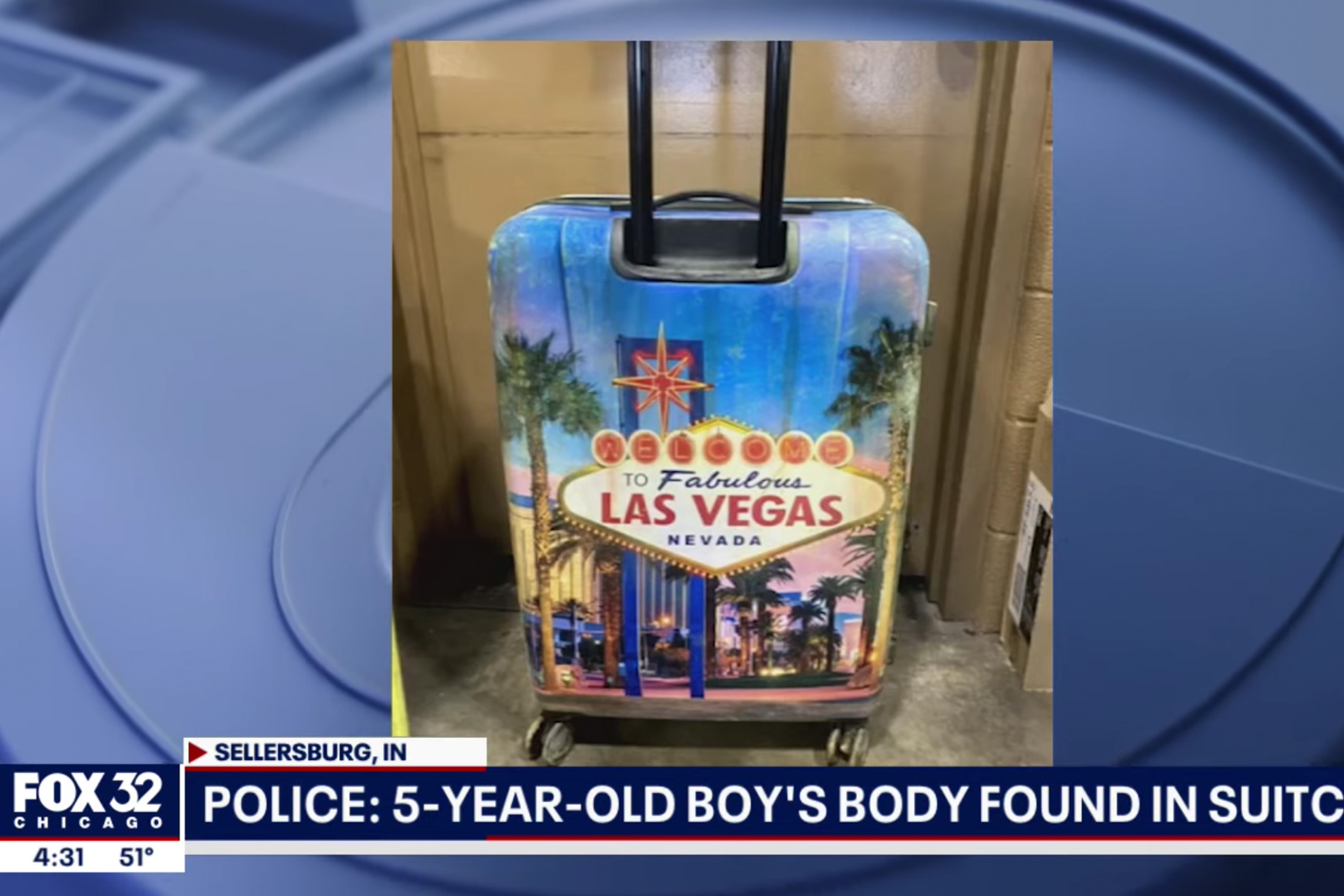 An unidentified 5-year-old boy who was found dead stuffed inside of a suitcase in the Indiana woods last month died from an electrolyte imbalance, according to autopsy results released on Friday.

The victim, who is described as a 5-year-old black boy, was first discovered by a mushroom forager near a roadway in Washington County on April 16 in a suitcase covered with the colorfully famous Las Vegas logo, officials said.

Police are still working to identify the boy.

An electrolyte imbalance can occur due to a lack of fluids in the body — which can cause diarrhea and vomiting, WKYT reported

His toxicology report came back negative and he suffered no severe injuries, officials said.

The public has requested law enforcement investigate where the uniquely decorated luggage the boy was found in originated. However cops said this would not assist the investigation as they are seeking stronger evidence, the outlet reported.

“We’re well aware of that information,” Sgt. Carey Huls with Indiana State Police said. “We don’t need that type of information on the suitcase. That has been well looked into by our detectives, but if someone has first-hand knowledge of that suitcase in this area, that would be different. We would definitely like to have that information.”

No arrests have been made in the case and the investigation is ongoing.