Diamonds, every Minecraft player wants them and needs them, and this is no different in Hypixel’s Skyblock survival multiplayer server.

The good news for players just diving into Hypixel Skyblock is that diamonds are significantly easier to get a hold of compared to vanilla Minecraft servers and seeds.

Once players get a substantial number of diamonds in Hypixel Skyblock, they can even make minions to ensure their diamond supply on their private island doesn’t run out easily.

Compared to vanilla Minecraft, it might seem like a gift from the gods to have so much access to diamonds. There’s likely not too many Hypixel players complaining, that’s for certain.

Minecraft: Ways to get diamonds in Hypixel Skyblock

For Minecraft players not keen on using their money to buy diamonds, there are a few great spots to mine them. The Deep Caverns in particular are a great place not only to mine diamonds but many resource ores in general.

These are unlocked to players at Mining Level 5 and can be accessed from the Gold Mine (or a Deep Caverns portal crafted on a player’s island). However, the deeper a player goes into the Deep Caverns, the more dangerous things get, so bringing a weapon and some armor is highly advised.

On the fifth level of the Deep Caverns, Minecraft players can find the Diamond Reserve. These caves are quite large and are populated with diamond sword-equipped zombies as well as enchanted bow-equipped skeletons, so mining can be hazardous.

For players not worried about danger, they can descend into the sixth floor of the Deep Caverns known as the Obsidian Sanctuary. Although this area has mostly obsidian, it also features entire diamond blocks for players to mine. For those who are worried about hostile mobs, however, small veins of diamond can also be found within the Dwarven Mines. 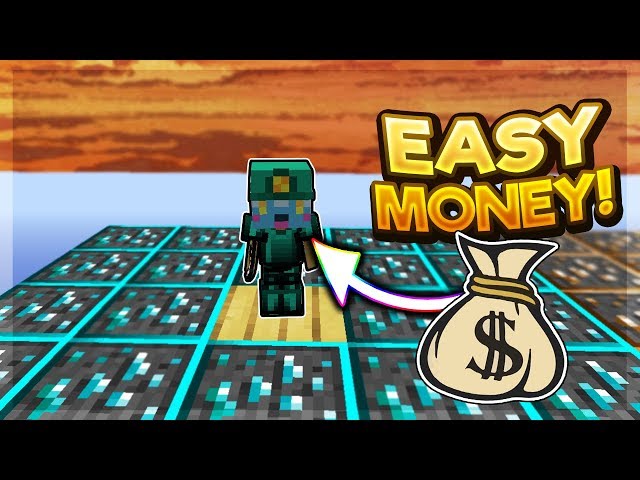 Once placed on a player’s private island, Diamond Minions will generate diamonds every minute of the day. By upgrading them, players’ Diamond Minions can become even more efficient, bringing in thousands of diamonds per day, more than most Minecraft players would really know what to craft with.

Read More: How to get Lapis Lazuli in Minecraft Hypixel Skyblock