It has been two years since Vikramaditya Motwane’s pathbreaking superhero vigilantism movie, Bhavesh Joshi Superhero, opened in theatres. While the movie did not do well during its theatrical run, it gained a cult following after its digital release. Viewers found the movie online and a staunch fandom was born. Hundreds of pieces have been written by the rare superhero film that doesn’t dwell on the fantastical elements of the genre. In a conversation with LatestLY, Harshvardhan Kapoor, the actor who played the titular superhero, also pointed out. Bhavesh Joshi Superhero Movie Review: Harshvardhan Kapoor Delivers an Earnest Act in Vikramaditya Motwane’s Gripping, Smart Vigilante Thriller.

Harshvardhan also opened up about how the film will continue to stay relevant in the times to come, a potential sequel, and how the movie affected his career.

Bhavesh Joshi Superhero is one of the rare Bollywood films with a mid-credits scene? Was it always planned? Were you guys setting up a sequel?

The film that you saw is supposed to be an origin story. It is about setting up the world of the film.

Mid-credits scene was always on Vikram’s mind. We always saw it as a continuation, something we can explore in the future.

Emotionally, what does an actor go through when a movie doesn’t work at the box office but goes on to gain a cult following?

You go through a roller coaster of emotions. Obviously, when the film comes out you want as many people to experience it in the cinema.

When the film like Bhavesh releases and earns Rs 20-25 crore, it personally makes a big difference to you as an actor in terms of the choices you can make after that. So, when a film comes out, you are hoping about those things.

If you look at that from a third person’s perspective it is very temporary, small way of looking at things. A film like this is much larger than that. When you put art out there, if its sincere, honest, unique, original, it will connect with people at a deep level at some point. And I am very very thankful that Bhavesh Joshi released when Netflix and the digital revolution in India were underway. Despite the no show in cinema, it could go on and become this cult film. Bhavesh Joshi Superhero: 7 Brilliant Moments in Harshvardhan Kapoor’s Vigilante Thriller That Makes You Smirk At Our Political State of Affairs.

To be honest, I can be perceptive at times and I knew this was a very very special film. Even though you are biased towards your own work to a certain degree, you know, you have a feeling that you have done something unique.

So, I knew somewhere that at some point people are going to connect with this film. I knew that the film not working at the box office was not a reflection of its quality, but it was a reflection of people’s desire to want to go the film at that time’s awareness or marketing or maybe the film being a little different in its nature, in its telling, for an Indian mainstream audience.

I was always very proud of the film.

For me, I don’t pay much attention to the box office. So, when it came out on Netflix, I knew that people will appreciate this but I didn’t expect this. I did not expect that two years later people are still going to be talking about it, people are going to be making blogs, with hundreds of thousands of views. That people are going to be requesting a sequel every day. People will make fan art. I didn’t expect for this kind of movement to start without publicity from the makers.

Whatever has happened to the film after it came out on digital, it has been purely organic, purely fan-drive. It is priceless. 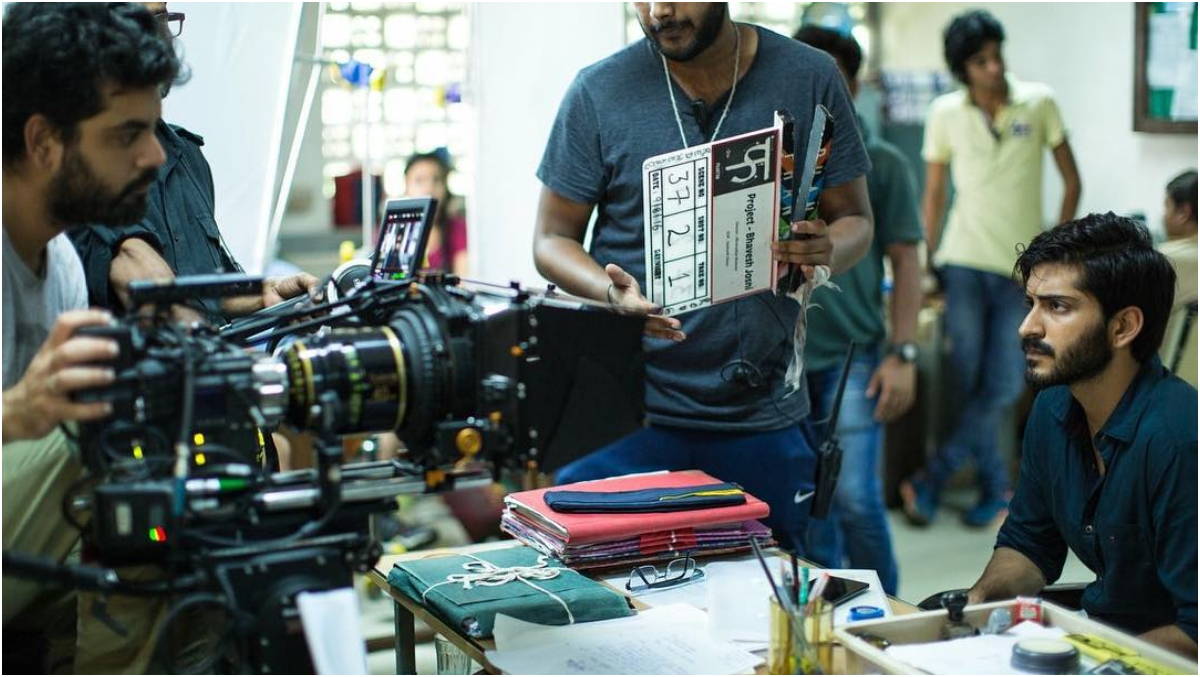 As of today, Bhavesh Joshi Superhero is a huge point in my career. It is a film that I will always look back and people are always going to be like it was Harsh’s second film. The more people who get to know of me will revisit my second film.

Bhavesh Joshi Superhero is a film that will do really well over the course of time, especially in the time we are living in now. It is a story that will continue to stay relevant.

What are the opportunities that opened up for you after BJS and what are the ones that closed?

Bhavesh Joshi Superhero has helped me tremendously. Filmmakers appreciating your work and wanting to work with you are very different things and they exist very differently. So, for example, when Vikram was editing Bhavesh Joshi, Phantom Films was producing a thriller, that film was to be directed by Raj Singh Chaudhary and written by Anurag Kashyap that came out from my journey on Bhavesh. I agreed to do that film but Phantom dissolved. But, now the film has found a home on Netflix. Bhavesh Joshi has opened up for the next film that I will be shooting.

I am doing another film now which I can’t tell you about but Bhavesh led to that director wanting to work with me.

And it has helped me tremendously because people are always going to view me as Anil Kapoor’s son. It is something you can’t run away from. But now, slowly, with Mirzya and Bhavesh, what I am trying to do is that I am trying to create my own identity, which is a reflection of my choices. Speaking volumes about who I am as a person. That is what art is supposed to do at some level.

It is one thing making films for consumerism, so that people can have a good time. But, we all, also do have an individual way of responsibility to try and be as honest as sincere and communicate who we are and who we stand for as people through our choices.

Bhavesh has done wonders for me. It has achieved everything besides box office numbers. Box office numbers are important because of the business but temporary. Artistic integrity is forever.

You said Bhavesh Joshi is getting more relevant?

Bhavesh Joshi Superhero is getting more and more relevant over time because what’s cool about the film is that it’s about someone so ordinary that finds himself in extraordinary circumstances and decides to do something about it. It honestly comes down to how do you perceive things. Your perception of things will lead you to certain choices and living out your days in a certain way.

Even with Sikander Khanna in Bhavesh Joshi, the first change that comes is within himself. That is ultimately the message of the movie. It is about living your life a certain way that inspires others.

Even if you look at Rajat’s character, he is somebody who is always a fence sitter. He is always like a peacemaker between Sikku and Bhavesh. Bhavesh is always positive, Sikku is negative, and Rajat is the middleman. And then it is about how that negative becomes positive.  And, also, how ultimately Rajat saves Sikander and gives birth to a vigilante. 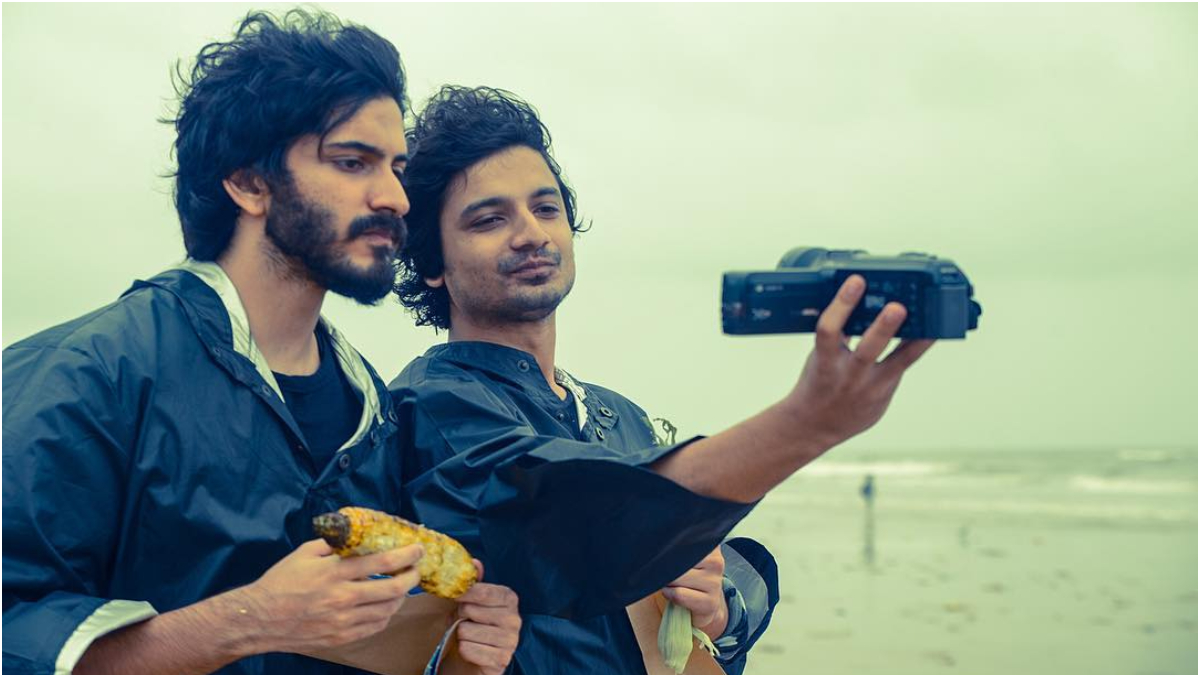 You cannot exist on your own. You need people around you to believe in the same things. It is a beautiful message tied in to a superhero story is so refreshing.

There are way too many conflicts that exist on our planet amongst each other, in society, to start talking about alien invasion films – things that are superficial and fantastical. Which is why I was so desperate to do this film.

Is there a sequel to the film happening? Any update on that front?

Well, answer to that question only lies with Vikram. He is the creator of that universe. Obviously, the box office didn’t happen…if the film had done anywhere between 25-40 crore, at that time, I think the studio would have wanted it.

Now, with the film being so talked about and Vikram being such a big name on Netflix with Bhavesh and Sacred Games, I think hopefully one day, if he wants to, it could be a film or series for Netflix.  I will definitely love to return and take the story forward. Sikku’s story starts here. The first film was really about coming of age and becoming a vigilante. It was like Batman Begins. 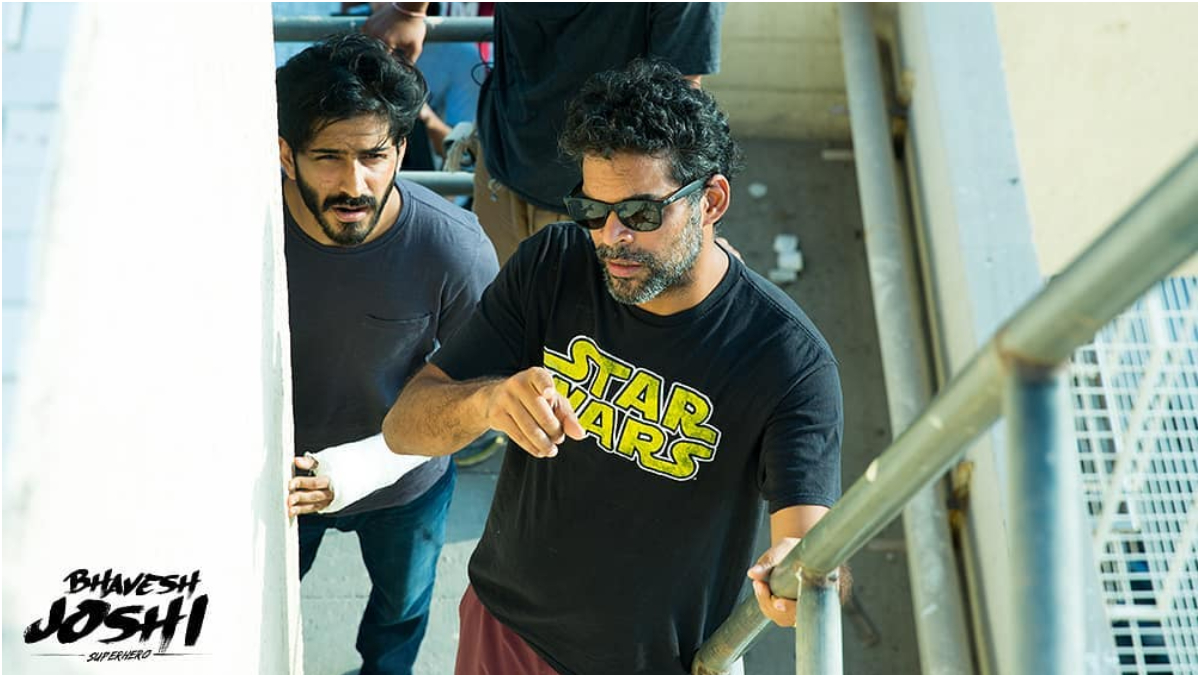 If Bhavesh Joshi sequel happens, it will be a lot better and more exhilarating, because you have now set up a character and the world. You have to now make additions to it and take the story forward. It will be phenomenal. I pray that it happens.

Amaal Mallik: I Get a Lot of Love From Around the World

Radhe: Here’s When and Where To Watch Salman Khan and Disha Patani’s Eid Release Online!

As Tony Romo creates buzz, former TCU golfer is one to watch at tournament in Arlington

TikTok sued for billions over use of children’s data