“Please, I can’t breathe’, are the haunting words that will stay in the human psyche for a long time. The death of George Floyd has riled up America. People are appalled that nothing has changed even after so many years and civil war. Many Bollywood celebrities condemned the incident along with their Hollywood counterparts and that’s where they are being pulled up. Many have called them out for not voicing any concern over what is happening in India but are prompt to talk about Black Lives Matter. All lives matter should be the message after all. Sonam Kapoor’s cryptic Insta story makes us wonder if she is taking a dig at all those Indian celebs who are feeling the pain of the people in the US  but are silent when it comes to their own countrymen. Priyanka Chopra Jonas on George Floyd’s Death: ‘End This Race War Here in the US, and Around the World’

Sonam wrote, “Selective wokeness doesn’t work Clean your house first.” Although she did not mention anyone here, we have a feeling she is telling something to these celebrities. 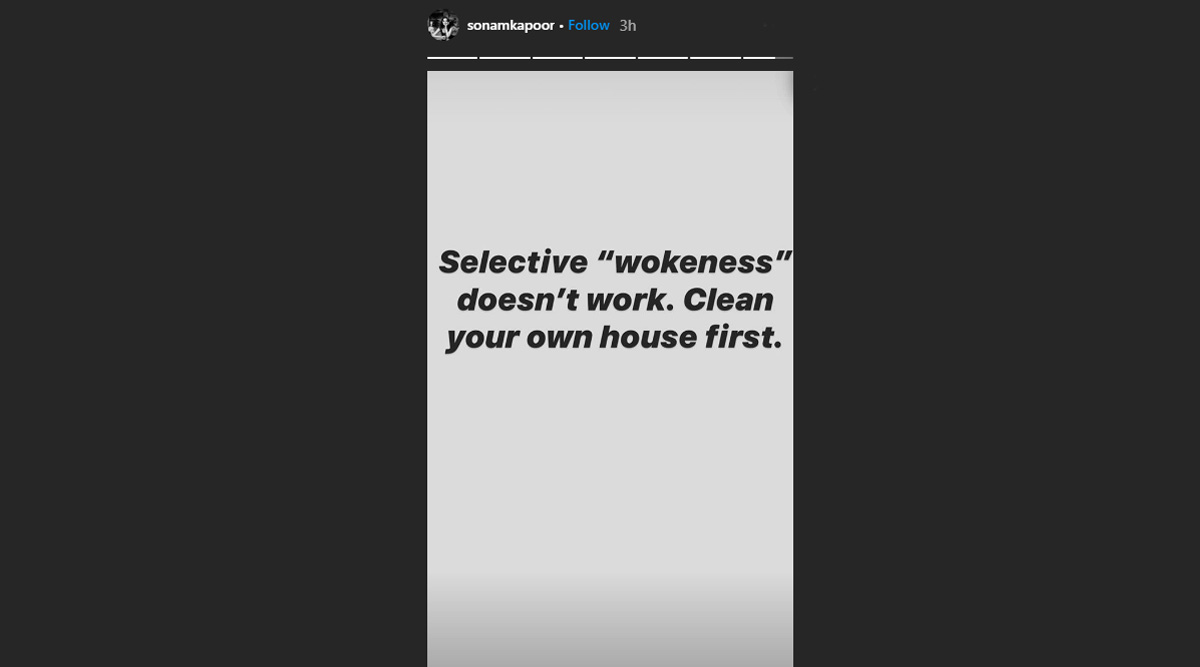 Priyanka Chopra, Disha Patani, Tiger Shroff, Kareena Kapoor among others have raised their voice against the atrocity. While all are getting slammed for allegedly turning a blind eye to lives lost in India, PC is taking the maximum hit. Her scene from Fashion where she wakes up next to a black man and looks devastated has gone viral.