Where does your enterprise stand on the AI adoption curve? Take our AI survey to find out.

Boom Corp. has raised $1.8 million in seed funding to develop social games that bring people together, much like the company’s first title, Boom Slingers.

The female-led company is based in Tampere, Finland, and it has eight people. The four founders have 8-to-10 years experience each in games, working on titles such as Angry Birds and Badland. They started the company in March 2020, just as the pandemic was starting. And they managed to raise two angel funding rounds during the year.

VGames led the funding round. Eitan Reisel, the managing partner at VGames, said in an email to GamesBeat that the fund invested because of the strong team that has worked together for a while. He noted the chemistry between the founders, diversity of talent and skills, and the fact that they have launched games from scratch in the past.

He noted the strong retention and marketing metrics, and he said the genre combining casual game play with social mechanics — player-vs.-player (PVP) — is something he has strong confidence in.

“It is important to us to invest in studios who strive to build big titles that will reach large audiences. Boom Slingers has proven very strong organic engagement from early days and that is a very important factor,” Reisel said.

“In general we think Minna and the team are approaching the industry in a very data driven and creative way and that is key for success in our world,” Reisel said. “The amazing thing is Minna approached me with a cold email in one of the online conferences last year and then we told her it was too early for us but we would love to stay in touch and see how things go. A few months later here we are, joining Boom Corp’s ride.”

Above: Boom Slingers is like Worms meets Angry Birds.

Boom Slingers is a turn-based battle game that debuted in December and has gained 1.5 million players around the world. The company refers to it as “Worms meets Angry Birds” with physics-based action. It has bullet-time mechanics and a plethora of weapons and characters to unlock.

Boom Slingers has colorful and easy-to-approach visuals combined with its smooth game play, said Minna Eloranta, a cofounder and the CEO of Boom Corp., in an email to GamesBeat. The company has actively updated the game and is planning to add more community features and ways for people to connect inside the game.

“We value communities and how games bring people together,” Eloranta said. “We are creating games for future generations who are inherently social. We believe that mobile is the most accessible platform to bring different kinds of people to play games together. To achieve this we are creating a workplace that nurtures creativity and supports people from diverse backgrounds to make the best possible games.”

Most of the game’s revenue comes from in-app purchases such as the monthly Boom Pass, which helps players get rewards in-game faster. In addition, players who don’t pay contribute to the game’s revenue by watching rewarded video ads.

The company has 5,000 people on its Discord channel, where players leave feedback for future updates. The company expects to hire more people and fuel growth with the money. 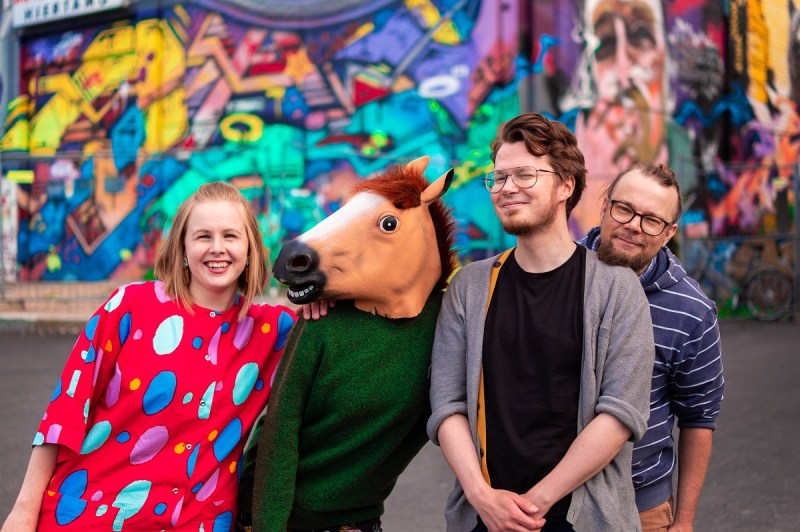 Eloranta has worked with brands such as Angry Birds as a producer, and has been active in Finnish games industry volunteering including serving as past lead coordinator of IGDA Finland. Harjuntausta was a level designer at Frogmind on Badland and worked on more than 35 game jam games. Häyrynen has more than 10 years of experience in game programming, and Kälkäjä worked at Rovio, Frogmind, and Anima Boutique,  and also worked on more than 35 game jam games.

“Our most cherished memories within games are the ones that go beyond the virtual realm to create valuable connections between people,” Eloranta said. “Our goal is to bring these experiences to the most accessible gaming platform – mobile. To do this we are striving for a workplace that nurtures creativity and gives strong independence to teams to create the best possible games.”