The trailer commemorates the availability of a VIP Early Access Pass now on sale, which grants players head starts on collecting cosmetic and decorative items in-game.

Big Time is a free-to-play third-person action RPG that takes players through time and space to encounter some of history’s most famous – and infamous – figures. The mission is to reveal a mysterious threat that’s tearing down the walls of time and collapsing history in completely
unexpected ways. All of this can be experienced through an expansive online experience that allows for hundreds of players to hack and slash their way through Big Time together.

Players can collect a lot of in-game loot. Throughout the game, players can snag all sorts of new usable gear, pets, mounts, player titles and ranks, and more. Outside Big Time, these sometimes-ultra-rare items can be traded, rented or sold to other players.

Ari Meilich, CEO at Big Time Studios, said in a statement that the game won’t be an NFT generator with a modest game attached. He said the company is developing an engaging game first that will give players control over the experience and virtual property through mechanisms like NFTs, which use the secure and transparent digital ledger of the blockchain to authenticate the uniqueness of digital items.

In an email to GamesBeat, the company said players will be able to earn or find high-value items in the game. For instance in a situation where they kill a final boss in a dungeon, they can earn an NFT. These will only be cosmetic items as Big Time Studios doesn’t want to build a “pay to win” game where players can purchase NFT gear with gameplay bonuses. 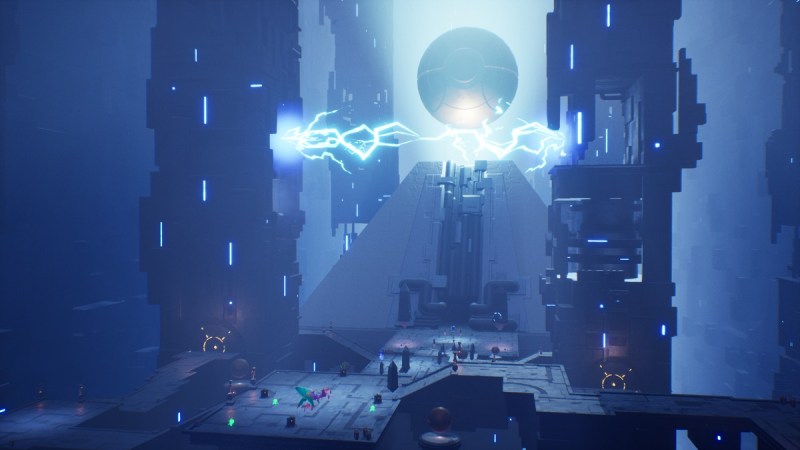 There will be two types of items in game, including cosmetic NFTs, which can be traded for cryptocurrency and fiat (U.S. dollars). That’s where the partnership with Binance comes in. And there will be non-tradable items, including gear with gameplay bonuses. These cannot be traded for crypto or fiat. Outside of the game, players can trade their NFTs directly, use them as collateral to obtain a loan, rent them out to other players, and even fractionalize them and sell them off as pieces, the company said.

The company noted that the game is still under heavy development and there will likely be changes to all this along the way. Big Time Studios is really focusing on empowering player ownership and creating a great game, the company said.

In addition to the VIP pass, the sale offers original artwork from Big Time, including limited-edition cosmetic and decorative items, animated shorts and concept art. Players can participate in the Founder’s NFT sale here.

In May, Big Time Studios announced it had raised $21 million in funding.